Born in Perth in 1936 and spending her first years there, Judith Rodriguez (nee Green) moved to Brisbane and attended Brisbane Girls Grammar School and the University of Queensland, studying Arts. Following this, she ventured overseas to England and completed a Master of Arts at Cambridge University in 1965. She met her first husband, Fabio Rodriguez, a Colombian. In 1982 she met and married Tom Shapcott, the Australia writer, they had four children.

Rodriguez's first collection of poems was published as part of Four Poets in 1962, the others being fellow Brisbane poets David Malouf, Rodney Hall and Don Maynard. She published many books of poetry, several of which she produced woodcuts for. From 1979 to 1982, she was poetry editor of Meanjin, and from 1988 to 1997 she was a poetry editor with Penguin Australia. She also edited an anthology and collaborated on an opera and a play. She received the Christopher Brennan Award and many other literary awards. She taught at La trobe and Deakin Universities and was awarded the Order of Australia in 1994. She died in 2018.

Her work is often about the experiences of women. She uses direct and straightforward language and her imagery is bold. 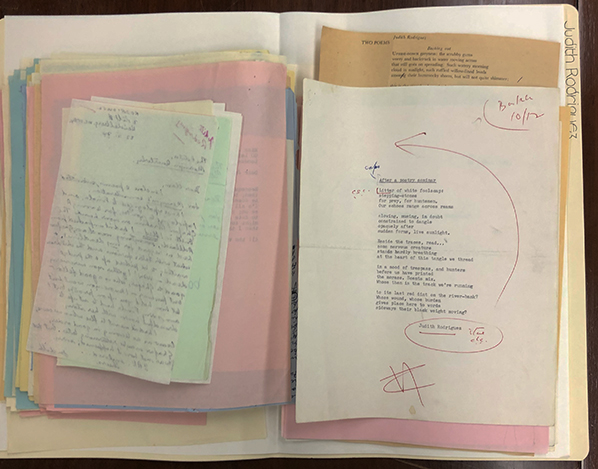 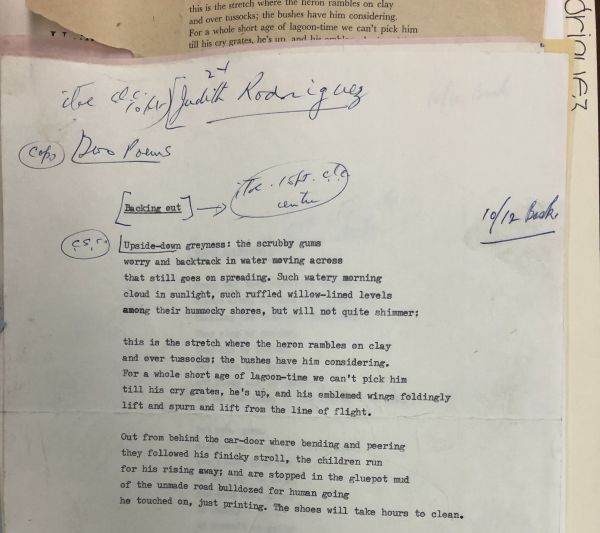 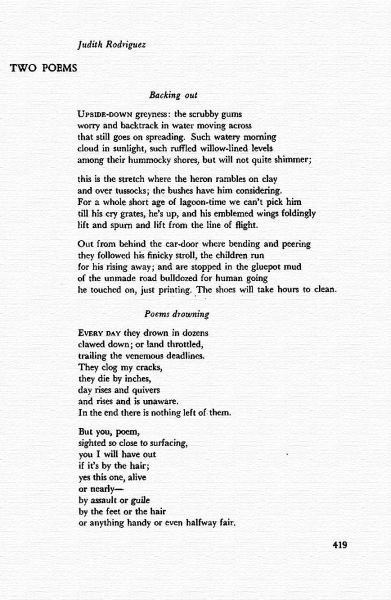